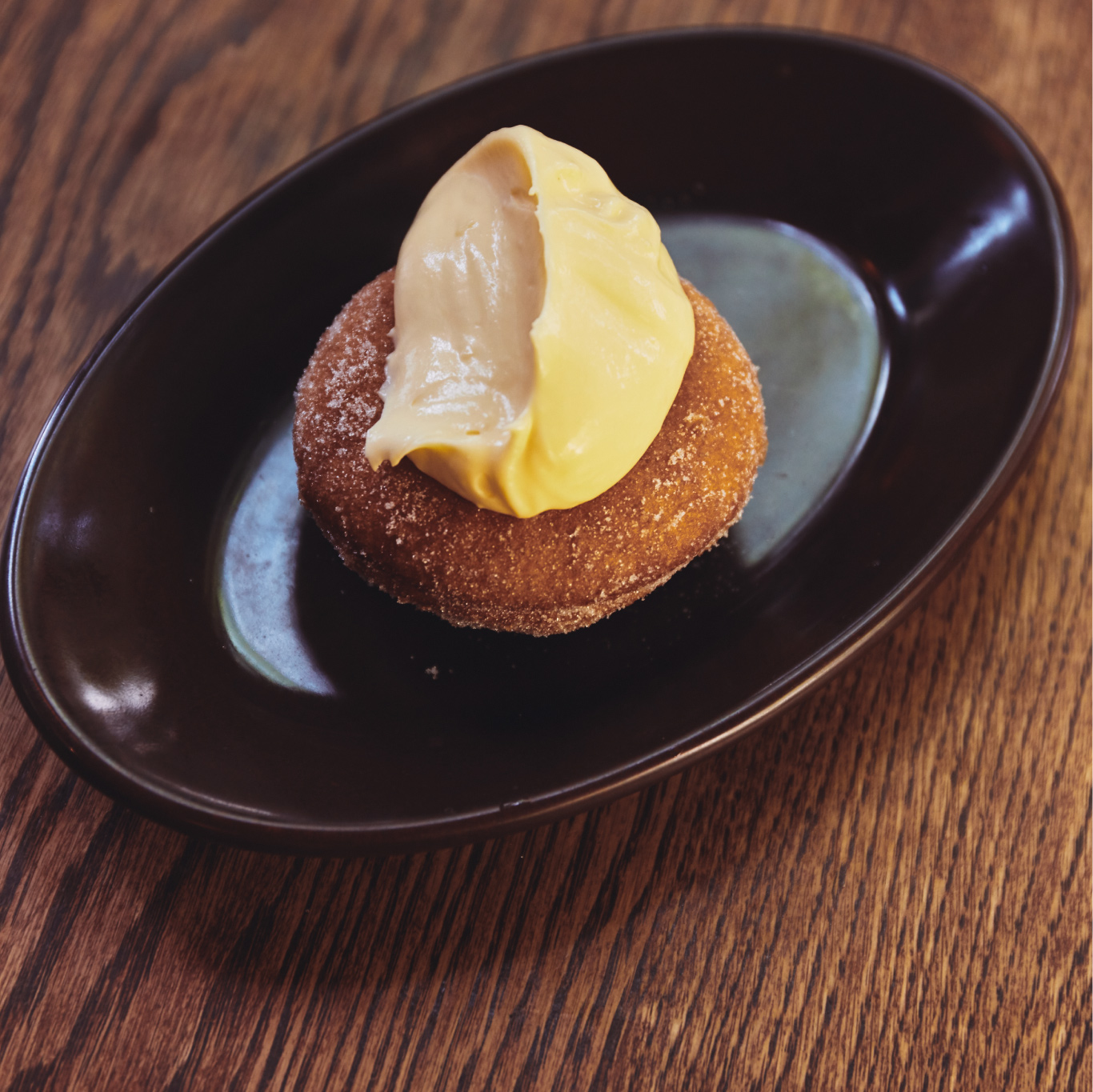 Baker and friend Takeuchi was given this mission:“We want a plain, old-fashioned doughnut.One with a light texture and the scent ofwheat at every bite.One you could devour two or even three ofin one sitting!” This doughnut recipe is the result ofhis devoted work to fulfil our demands.Up to the very oil they are cooked in,our doughnuts aremade of only the finest ingredients.

The Story of Bird’s Famous Doughnuts

Ever since Bird first opened in 2009, our doughnut machine has been hard at work. The idea for Bird actually came from wanting “doughnuts and coffee.”
A long six years before that, in 2003, TRUCK & Bird owners Tok and Hiromi and chef Kentaro first laid eyes on the doughnut machine while on a trip to Australia. They watched as the dough was dropped into a pool of oil about one meter long, bubbling and floating along, then all of a sudden was flipped over in one spectacular movement. The doughnut then continued its voyage, chugging up a little escalator before tipping over the edge and landing onto a plate.
The movement was so cute and fun to watch, they fell in love at that instant. Someday, they all thought, we want this doughnut machine!

And so when Bird opened, it finally made its debut.
They told Takeuchi, owner of the legendary bakery “Boulangerie Takeuchi” near Utsubo Park in Osaka, what kind of doughnut they wanted.
“We want a plain, old-fashioned doughnut. One with a light texture and the scent of wheat at every bite. One you could devour two or even three in one sitting!” they said. The master baker’s eyes lit up at the challenge and about a month later called, saying excitedly, “I did it!”
He continued, “I was aiming for that same wheat smell of baguettes and campagne bread and an old-fashioned flavor.”
On the outside, Bird doughnuts look like plain doughnuts. But on the inside, they are full of quality ingredients and made with care.

Bird doughnuts are specially crafted with:

(“Boulangerie Takeuchi” has since moved to Hyogo prefecture and been renamed to “Namaze Hutte,” where it continues to make more and more delicious and new flavors.)