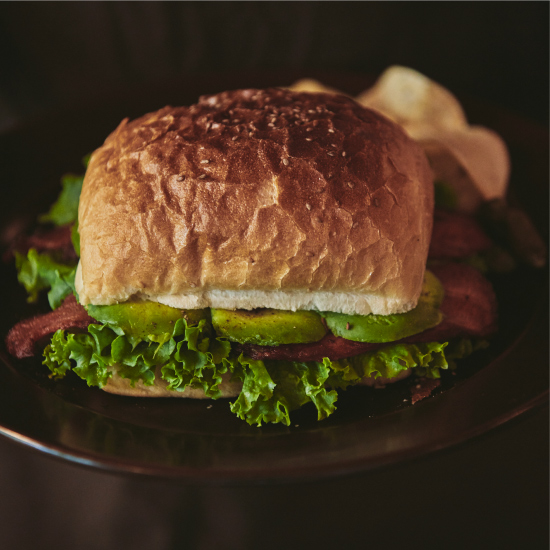 Another thing I remembered from Noosa was an excellent sandwich shop we always used to go to. They had a large variety of sandwiches with many different fillings and kinds of bread. We made sure to go there at least once every time we visited.
There was one kind of bread that we particularly liked: Turkish Bread. In Australia it was nothing special. You can find it in any bakery or supermarket, but nothing like it is available in Japan. It had a crispy but light crust so you could bite through it easily. "That bread," I thought, "I want to eat that."

I turned to my friend Takeuchi, an expert baker, for help. As I described the bread to him, it's texture, it's color, and how it tasted, I saw his eyes light up. When he heard the unfamiliar name, Turkish Bread, his eyes gleamed with the anticipation of finding out what it was and how to make it.
We both had a similar personality. We were both ready to hop on the next plane down under so he could try it for himself, but he asked me to give him a week to see what he could come up with. Aside from the name and my description, I couldn't give him much to go on. The only other thing I had was a picture of Hina sitting at a table in Noosa. Off on the side, barely in the frame was a sandwich made with the bread. I was pretty sure we were going to have make a trip to Australia.

A week later I got a call from Takeuchi. "I'm done."
When I got to his kitchen I found two sandwiches waiting for me. The first one was real Turkish bread made from a recipe he'd found. It obviously looked different to the one I'd told him about. The other was the result of his experiments in trying to match what he saw in the photo.
I tried the first one. It was delicious, but not what I was looking for. I tried the second one. "Takeuchi!" I thought "You're amazing!" It tasted just like the bread I'd eaten in Australia. To this day I'm still amazed at what he'd been able to make with so little information. He told me that he'd guessed at the ingredients based on the color of the bread in the photo. The size he'd estimated by looking at the fork that was next to it.
It was great, but Takeuchi was sure he could make it even better. After a lot more trial and error (and some help from Kentaro), we came up with the bread we would use in the Bird Turkish Sandwich. Thank you, Takeuchi.