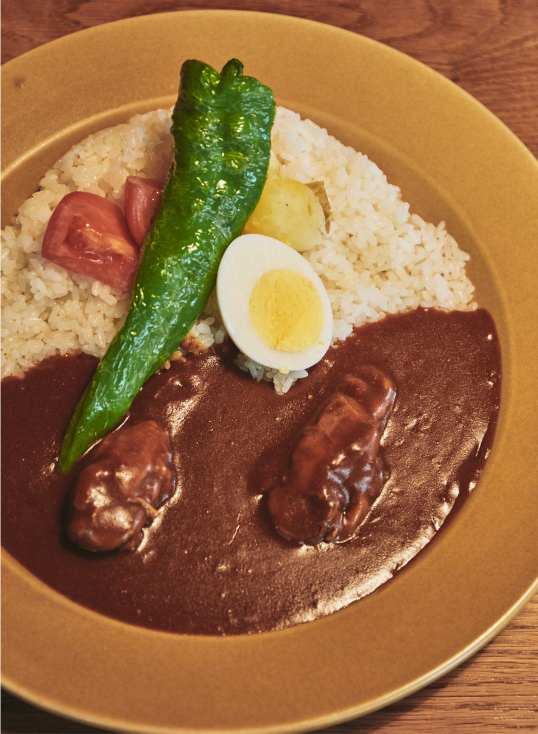 The curry that was once a dream. A few years before Bird opened, Kentaro had developed a line of canned curries.
Of the three flavors, I loved the chicken curry one the most. The chicken pieces were so big that when you opened the can and tried to empty it, the pieces would stay stuck inside.
It was great that I could have Kentaro’s delicious curry anytime, anywhere, and right away. It was better than any I’d ever had at a restaurant. I thought that as long as I had his canned curry, I wouldn’t have to worry about it for the rest
of my life. Unfortunately, the price he was hoping to sell it at was the same as the cost it took to make it, so in the end the canned curry idea was abandoned after the first prototypes were made.
I wanted the curry to make a comeback at Bird, so I discussed it with Kentaro. And so it became Bird’s Chicken Curry.
Kentaro said, “It’s easy to make good stock. Because it’s not something that will be made just once but every day, I made the recipe with a stock with a base that is continuously carried over to the next batch.
That way, it always has a distinct, but not overpowering, chicken flavor.”