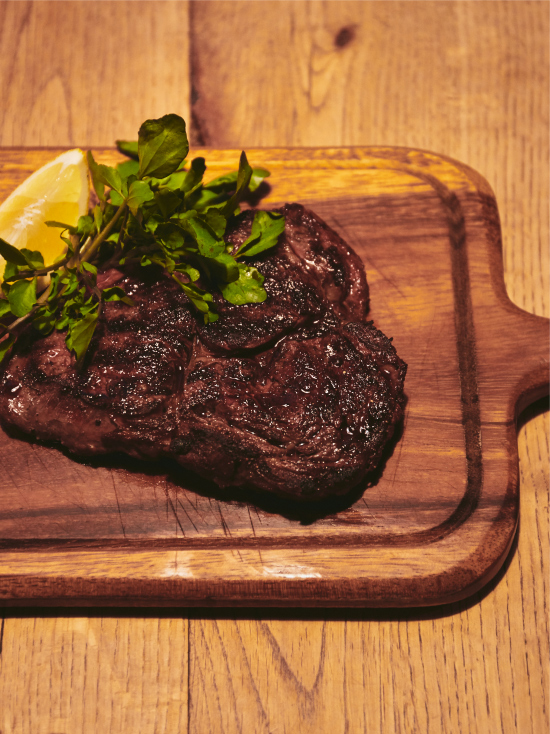 Another thing I was sure I wanted on the menu was steak. In the supermarket in Noosa we often bought delicious lean cuts of beef that Kentaro would grill on the barbecue. Whenever we ate it, we realized how much we preferred lean beef to the fattier kinds that are more popular in Japan.
I mentioned to Kentaro that we should have that on the menu too, but I couldn't remember the exact name. To my surprise, he took his notebook from his bag, opened it up, and there was the label from the meat package. He had carefully peeled it off and put it away for future reference. Good stuff, Ken.

We looked around for a similar kind of steak in Japan, but couldn't find one. We finally found a meat supplier who could import them from Australia and Scotch Steak joined the Bird menu.